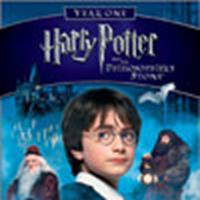 We now have the artwork of the newly released Harry Potter Years 1 - 5 Blu-ray & DVD covers. You can see the covers in the HPANA gallery

You can purchase the DVDs through the HPANA store

You can read a little background on the DVDs below:

Harry Potter - the Animals
Hundreds of weird and wonderful animals, birds and creatures have been used in the Harry Potter films throughout the years including monkeys, maggots and even a bush baby! Of course, one of the most recognisable creatures is Hedwig, Harry’s beautiful Snowy Owl. The character of Hedwig made her first appearance in Harry Potter and the Philosophers Stone alongside the young Daniel Radcliffe and over the years has been played by many different owls and most recently by Wton, Sprout and Elmo who are all currently sharing the role.

Owls come in all shapes and sizes and can weigh anything from 350 to 2200 grams. Beautiful they may be, but easy to work with they are not. They are birds of prey, but contrary to the saying ‘as wise as an owl’ they are not the brightest of birds! There are 15 other owls on set which are all trained to carry letters, however, this ‘trick’ was not taught over night and took six months for the owls to learn. To put that into perspective an animal trainer could teach a raven or crow to do that in about a week!

One of the biggest animals on the set is the Neapolitan Mastiff which plays Hagrid’s dog, Fang. Weighing in at 10 stone Fang is a very large canine character which has been played by many dogs over the years. Neopolitan Mastiffs make very unsuitable pets with a tendency to chew furniture and to slobber over anything and everything. They are also extremely strong and can be very aggressive. And thus some dogs find themselves without a home and if not saved are likely to be put to sleep. And this is why our Harry Potter animal handlers prefer to rescue Mastiff’s where possible to play the role of Fang knowing that they are not only giving them a good home but possibly saving them from being destroyed. Currently there are three Mastiff’s which play Fang including Monkey, a rescue dog. The most famous of the Mastiff’s to have played the role of Fang, however, must be Hugo best known for inadvertently spitting into This Morning presenter Fearn Britton’s mouth on a rare TV appearance in 2003. Needless to say he has not been invited back!

Completing the Harry Potter animal family are the cats that play Hermonie’s cat Crookshanks and caretaker Filch’s cat, Mrs Norris. Crookshanks is played by a Red Persian which Daniel Radcliffe once described as “looking like she had been smacked in the face with a frying pan” due to her rather squashed face. Mrs Norris is played by a Maine Coon, which is an American breed of cat not normally found in the UK. The character is currently played by three cats each immaculately groomed. However, Mrs Norris is supposed to be very unkempt and unclean so a little bit ‘cat makeup’ is used to create this effect. Tricks include applying a water based lubricant such as KY Jelly to her fur and clipping on disgarded hairballs to give her that mangy look.

Harry Potter – the costumes
The making of the first five Harry Potter films included the production of approximately 20,000 Hogwart’s school uniforms. Special costumes made for Harry Potter and the Half Blood Prince include Luna Lovegood’s Christmas dress which took two months to produce.

Harry Potter - the Sets and props
One of the first sets ever to be created for Harry Potter was the Great Hall which was built over nine years ago for Harry Potter and the Philosopher’s Stone. The hall is 120ft long by 40ft wide and includes tables and benches made especially for the film with oak tables distressed by chains and axes. The children have kindly helped the aging process over the years, although the eagle eyed prop team are quick to spot the unsuitable graffiti!

Complimenting the Great Hall set is the house point system, a beautiful mechanism made for the first film. Each hour glass contains tens of thousands of glass beads and rumour has it that when it was first made nine years ago the Harry Potter team where responsible for a national shortage of beads!

The only other set that was built for Harry Potter and the Philosopher’s Stone was the Gryffindor common room which remained intact for many years including the four poster beds that were made for the cast when they were a tad smaller than they are now. Sadly, the common room was finally taken down in 2009 as it will not be required for Harry Potter and the Deathly Hallows.

Dumbledore’s office was built for Harry Potter and the Chamber of Secrets and is still standing to this day. The office is in fact surrounded by a large library of books which, to let you into a little secret, most contain either copies of telephone directories or the yellow pages!

One of the most complicated set pieces is the Knight Bus which makes its first appearance in Harry Potter and the Prisoner of Azkaban. In the film you see the bus rush Harry through the streets of London and despite its three decks, this was not achieved through Computer imagery. The bus was actually driven down to London, a task which required a whole lot of planning especially as it is constructed out of two double decker buses basically glued together to make a triple decker. Taking the height of the bus into consideration the route into London had to be seriously mapped out as bridges were clearly out of the question.

Another key vehicle in the Harry Potter world is the blue Ford Anglia which Harry and Ron fly to Hogwarts in Harry Potter and the Chamber of Secrets, before crashing into the fearful Whomping Willow. The car then abandons them in the wood and drives off under its own steam. There were actually 12 versions of this car produced showing its various stages of decline once it runs of into the woods. The final stage was dubbed the ‘Rambo Anglia’ in honour of a well known film character who equally went wild in the wood!

The sets also feature many different books and the creation of these is a mammoth task in itself with 12,000 handmade books produced over the nine years along with 25,000 printed pages of newspaper ‘The Quibbler’.

In addition, over 3,000 wands have been designed and manufactured for the films along with 1,700 wandboxes. There have also been over 170 portraits produced for the films.

Harry Potter and the Half Blood Prince is out in theaters on the July 15th, 2009.

Thanks to Jess for the artwork.