Pictures from: Update: 'Half-Blood Prince' to have 153-minute runtime? 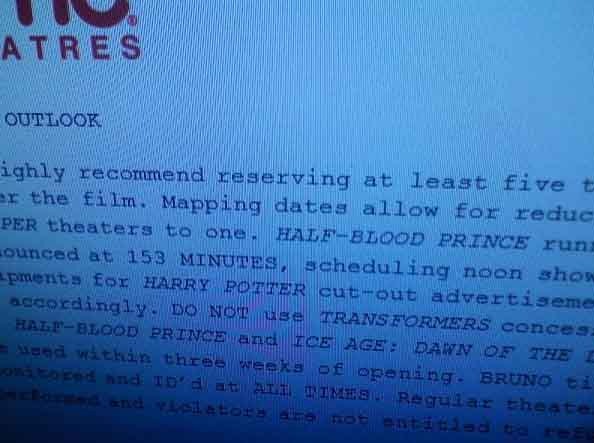 We've received word today that a foreign Warner Bros. distributor has stated the runtime for "Harry Potter and the Half-Blood Prince" to be 153 minutes (2 hours, 33 minutes). While certainly not confirmed, this would put it in line with previous films in the series and producers' comments over the years about limiting each film to around that length. UPDATE: Three additional sources confirm.

< Back to Update: 'Half-Blood Prince' to have 153-minute runtime? on HPANA