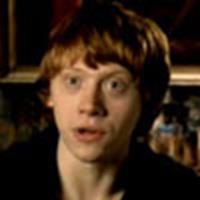 An additional video can be seen here

Harry Potter and the Half-Blood Prince opens on July 15th, 2009.