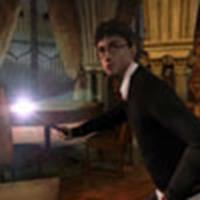 A new interview with the people behind the Harry Potter and the Half-Blood Prince video game has appeared online. This interview

delves into the challenges of creating the game, working with Warner Bros. and J.K. Rowling and more.

VideoGamer.com: You've been working on this series for nine years now. What has been the biggest lesson you've learned during that time?

JB: That's a good question! I think there have been different things at different times. The penny dropped for us when we got to the Goblet of Fire game when we realised that our main reference had been the books, but for kids now the reference was the movies. At that point we took a half-way step to being closer to the movie, having previously done our own book-version thing. Order of the Phoenix was closer to the movie, and now this is as close as anyone's ever got to a movie, I think, in terms of getting the story, character and locations.

JB: I'm going to sound like a broken record, but we've just learned to embrace the fiction, and not feel that the only way you can make something fun is by having a platform adventure set in hidden caves beneath Hogwarts. Like I said, we probably wouldn't have had a potions-making game if we'd had just a random magical castle story.