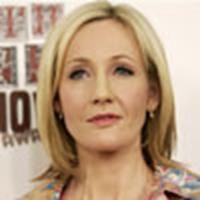 J.K. Rowling, author of the Harry Potter series is included

with a net worth of $1 billion dollars.

Actors Daniel Radcliffe and Emma Watson made the "Hollywood's Most Valuable Young Stars" list as well.

World's richest author. Harry Potter author named highest earning celebrity last year by Forbes, for taking home $300 million. Her 7 books in the series about a teenage wizard and his school chums has sold 400 million copies worldwide. A box office blockbuster, the 5 Harry Potter films released so far have grossed more than any other motion picture franchise in history. Sixth film scheduled for release this summer. Sales of Potter-related products, of which she gets a cut, has been reported to be in excess of $15 billion. Says she won't write any more Harry Potter books but released wizard fairytale book, Tales of Beedle the Bard, in December 2008; proceeds from that book will go to a children's charity. Her personal story is nearly as magical as the fiction she writes: single mother living on welfare in a coldwater flat in Edinburgh, Scotland, Rowling completed her first story of the teenage wizard in 1997. A year later Harry Potter and the Sorcerer's Stone was published in the U.S. and became a children's literary sensation.

On the Forbes "Star Currency" list Daniel was ranked

number 1 and Emma at the number 6 spot

Daniel Radcliffe was plucked from relative obscurity to take on the Harry Potter role and has made the most of the opportunity. As Potter wraps up, he's clearly just beginning.

Past Big-Screen Projects include: The Harry Potter films; December Boys (2007); The Tailor of Panama (2001).

As one-third of the main Harry Potter trio, Emma Watson has carved out her own notices for her work in the franchise. With the final installments nearing, Star Currency voters see a future for her on the big screen--if she's interested, that is. She heads to college in the fall.

Last month both were included on the Forbes "Star Currency" list, Daniel had the number 168 spot

Thanks to Ali from Forbes for the links.