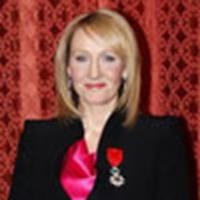 J.K. Rowling, the author of the popular Harry Potter books, is to receive

the Legion of Honor award from French President, Nicolas Sarkozy, at the Palais de l’Elysée.

We are not sure as to which rank Ms. Rowling will receive, but the honor is broken down into the following categories:

We will update this news post with pictures from the event if or when they become available online.

Thanks to Alejandro from BlogHogwarts

the honorary title of "knight" today and now pictures

are available online courtesy of UHP

UPDATE II: In another article

Jo mentions her great-grandfather, who was also a recipient of an honor and said that Voldemort's name "did not come from any anti-French sentiment ."