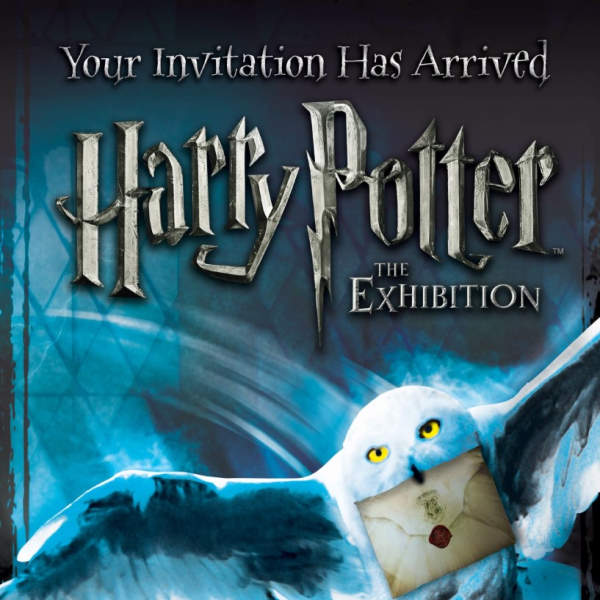 Patrons in the exhibit

Harry Potter: The Exhibition to debut in Chicago

Fans of the Harry Potter movies will finally get a first-hand look at props and set pieces used during filming, when Harry Potter: The Exhibition

opens at the Museum of Science and Industry in Chicago on April 30, 2009.

Harry Potter: The Exhibition, which will run in Chicago through September 7, 2009, will include elaborate displays of artifacts and props from popular environments featured in the films, such as those from Hogwarts School of Witchcraft and Wizardry, including the Gryffindor common room and Hagrid's hut.

UPDATE: Fox Chicago News has some photos and video of the announcement

including interviews with James and Oliver Phelps (Weasley twins), who were there to celebrate the event.

Since 2000, when we began production on the adaptation of the first of Jo Rowling's remarkable books, we have had the great privilege of working with some of the most talented artists and craftsman in the world. We are delighted that fans will finally have the opportunity to see, in person, some of their favorite props and costumes. We are looking forward to audiences enjoying the care, creativity and attention to detail involved in their making, just as we do each and every day on set.

David Mosena, President and Chief Executive Officer of the Museum of Science and Industry, said:

The Harry Potter series has captivated the imaginations of children and adults throughout the world. We are delighted to be working with Exhibitgroup/Giltspur and Warner Bros. Consumer Products to bring this wonderful exhibition to life as it embodies our Museum's mission of inspiring the inventive genius in everyone.

Harry Potter: The Exhibition will open on Thursday, April 30 and run through Monday, September 7, 2009. The exhibition requires a time-entry ticket and will be open for guests during regular Museum hours, as well as each evening until 9:00 p.m. during the Chicago run.