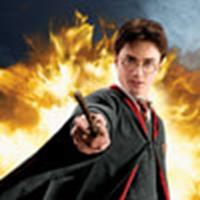 Department store Marks & Spencer in the UK is giving Harry Potter fans a chance to win a trip to Los Angeles to see the Half-Blood Prince movie and a tour of the Warner Bros. Studios. An additional 300 winners will receive a 19" Lord Voldemort™ collector figurine.

The contest open to residents of the United Kingdom and the Channel Islands, and to customers aged 18 years old or older. The closing date for entries to this competition is midnight on 31st December 2008.

The lucky winner of this prize draw will be jetting off to Los Angeles in California, USA with their family for the trip of a lifetime. You’ll be treated like V.I.Ps (and maybe spot a star!) behind the scenes at the world-famous Warner Bros. Studios and receive tickets to see the next instalment of the magical Harry Potter films. You may even be one of the first to see it! (See terms and conditions)

Plus, 300 lucky runners-up will win a 19” Lord Voldemort™ collector figurine.

for the tip and good luck to all who enter.