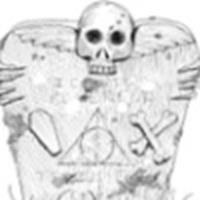 the cover imagery for international versions of the upcoming Tales of Beedle the Bard, which includes

a brand new sketch of the book, handiwork of J.K. Rowling herself.

The new cover art is as follows: