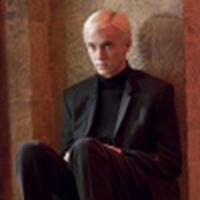 , Tom Felton spoke at length about Harry Potter, discussing his thoughts on filming Half-Blood Prince, his anticipation for doing Deathly Hallows, and more!

Feltbeats.com: Regarding the upcoming Harry Potter movie, Half-Blood Prince, we Felton Fans are extremely excited to finally see a movie with a more in-depth, rounded-out Draco. Were you happy to finally be able to better flesh out this character?

Tom: Yeah, sure. When David Yates dragged me [aside] at the beginning of it and said, “I have full faith in you,” yadda yadda, and I hope that you’re going to embrace the role and so forth. And I was fairly terrified. We did a read-through with Michael Gambon, and I was petrified at the thought of the final scene.

But after that, I guess I sort of learned a lot on the set, and David Yates was really my motivation. He was very, very, complimentary of everything he saw and very good with direction. He knew exactly what to say to get the results he wanted. And what the producers saw, they were very, very happy as well. And that sort of spurred me on even further. And, it was great fun. I really, really enjoyed it more than any other film, without a doubt. Sort of, embracing the role, if you will, and making the most of it.

To read or listen to the whole interview, click here