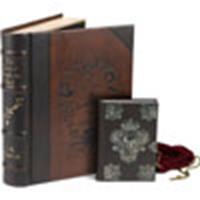 J.K. Rowling, author of the the Harry Potter series updated

her site earlier today with news of the launch of The Tales of Beedle the Bard in Edinburgh, Scotland on December 4th. Ms. Rowling states that a random ballot run by the local newspaper, and contests from Scholastic, Bloomsbury and Amazon are the only way to win tickets to attend the event.

You can go to Scholastic

to enter their essay competition. You can go to Bloomsbury

(British publisher of the book) and Amazon

for additional information on the book.

, of which Rowling is a founding member.