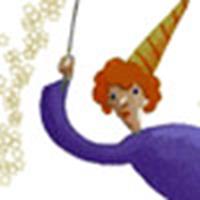 Fan groups adjust for loss of 'Half-Blood Prince' in November

Many people's plans were thrown into disarray by the delay of Harry Potter and the Half-Blood Prince until next summer. But when one door shuts, another (or several) open.

plans for an exclusive IMAX screening of the film, which now conveniently coincides with their conference next July!

this evening that they have secured a cast member from Equus to participate in an exclusive workshop following the included performance, plus a private scavenger hunt at Madam Tussauds in London, complete with prizes.

More details on both events are promised to be forthcoming, and we'll bring those updates to you when they are released.