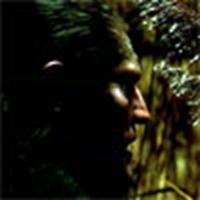 Secrets of the 'HBP' teaser trailer: Greyback and more

Thanks to intrepid sleuths, careful examination of the teaser trailer for Harry Potter and the Half-Blood Prince reveals what looks like the first image of renegade werewolf Fenrir Greyback and -- near the end of the video -- the "avada kedavra" of a certain major character.

First, the werewolf who infected Remus Lupin is seen briefly growling and prowling in the tall grass... Fenrir Greyback? You be the judge:

also assumes it is Greyback.)

Close to the end, just three single frames reveal what appears to be the effects of death curse "avada kedavra" on the major character (highlight for spoiler: « Dumbledore ») destined to die in Prince. This gem was originally uncovered by RottenTomatoes, which later mysteriously disappeared (but thanks to Google's cache

you can still see it). UPDATE: As many of you have kindly pointed out, the scene bears more of a resemblance to the death of « Cedric Diggory » in Goblet of Fire. It was likely used in the trailer to demonstrate the evil things Voldemort will do/has done.

for the Fenrir Greyback tip!