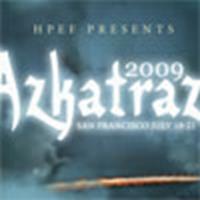 has announced their summer 2009 conference

Not long after the release of the next Harry Potter book, J.K. Rowling's Beedle the Bard, Harry Potter fans from around the world will converge on San Francisco for AZKATRAZ (http://www.hp2009.org)

-- a four-day conference focused on the novels, the films, the sports and games, Wizard Rock, fan creativity and, for the first time, The Business of Harry Potter, Inc.

Our theme, 'The Choice Between What is Right and What is Easy,' brings the dual backdrops of Alcatraz and Azkaban to the forefront of the real issues of social justice, gender equality, tolerance, and due process, as they are reflected in the Harry Potter books and the larger contexts of fandom and the world around us.