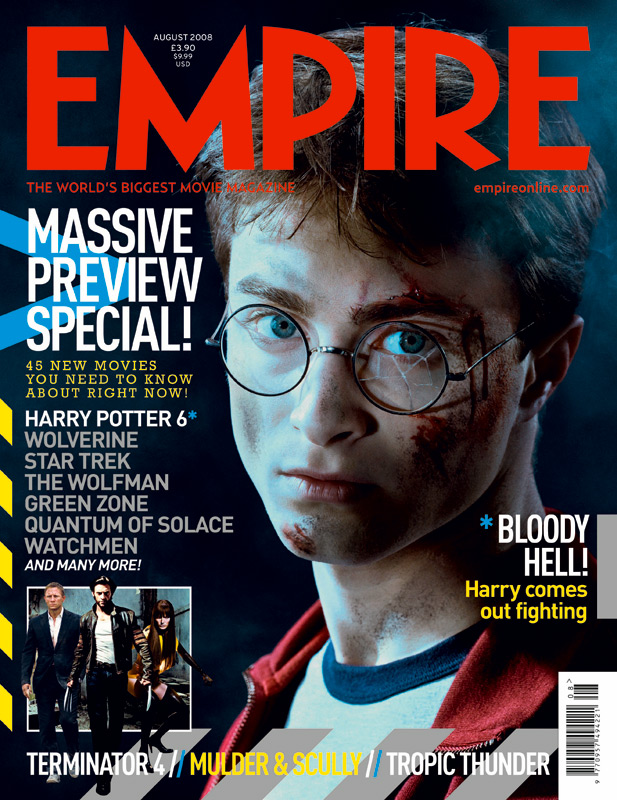 As the summer movie season starts to sizzle, publicity for this winter's "Harry Potter and the Half-Blood Prince" gets a head start with new reports from both Empire Magazine and USA Today surfacing online. First, a new photo of a bloodied Harry (with broken spectacles) appears on the cover of Empire's August issue, and USA Today has published a "first look" at the new film.