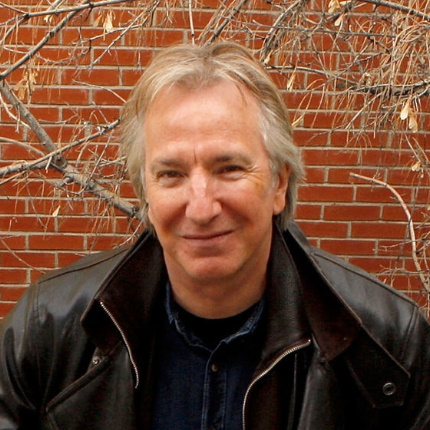 that he will start filming his part in Half-Blood Prince in February. Mr. Rickman also refused to answer any questions about his character, Prof. Snape, stating that by doing so would spoil the books for the fans that have not finished reading the series.

EW: Okay, I think your wranglers are giving me the signal, but I have to say, even before I go to the end of the Harry Potter books -
Mr. Rickman: Before you go further, I never, ever talk about that character. Number one, because it's not fair on kids who haven't read the end. And for me to say anything - there's a bit of it that just should be left innocent. It's real storytelling, what she's done, and I'm part of that. So I just never talk about it.
EW: When do you go back to shoot Harry Potter and the Half-Blood Prince?
Mr. Rickman: They're shooting six [now], and I start shooting my part of it beginning of February.
EW: It's a bigger part for you this time.
Mr. Rickman: Ahh.... There's important stuff. [Smiles]

You can view some pictures of Mr. Rickman at the festival here