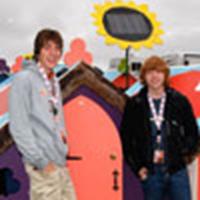 from the event are online.

Also while at the event Rupert had a quick chat with Jo Whiley for her radio show on BBC1. During the interview Rupert mentions that the cast has had a read-through of the Half-Blood Prince movie script:

We sort of read the script through. We got all the cast to come around to read the script and we'll be filming it for another year so... Ron's got a girlfriend in this one. It's a little bit more intense for him! [laughs] So it should be fun!

The interview is in real player and located under Monday under "Listen Again." Rupert is at the 21 minute mark.