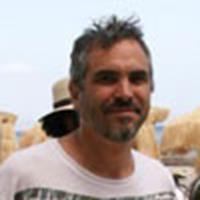 with Alfonso Cuarón, director of the Harry Potter and the Prisoner of Azkaban movie, Alfonso mentions that he would gladly return to direct the last movie in the series Deathly Hallows.

Question: Is the Potter universe something you'd like to return to?

Alfonso: You know, it was such a great opportunity and such a beautiful two years and everything around Harry Potter - JK Rowling's creation - is enveloped in this really beneficial energy. I got the benefits of that energy for those two years. So yes I'd be very tempted to do so even though, at this point, I feel a little bit like I have to try to do the films that are not going to exist without me. On the same token, I would be really tempted because it was really beautiful. I just started reading the last book and something I respect is the care the producers have put in the film franchise. It would have been so easy after the success of the series just to take the cynical approach of knowing that no matter what people are going to see those movies. Actually they've been taking a lot of care from beginning to end, so yeah I would be really tempted.