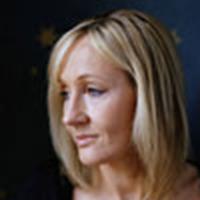 JKR discusses the past & the future

author JK Rowling discusses what she is currently working on, her disappointment with spoilers from Harry Potter and the Deathly Hallows appearing on the web before publication, on not writing anything in the future as popular and mentions that she has no pressure to write.

I think that there will be some disappointment if I don't write another fantasy. But I must admit, I think I've done my fantasy. To go and create another fantasy universe would feel wrong, and I don't know if I'm capable of it.

On what she is currently working on: