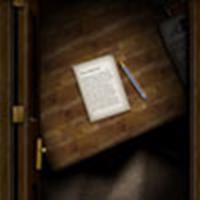 a list of acknowledgements on her web site (in her Room of Requirement), thanking everyone that has worked and lived with her while creating the phenomenally successful book series for nearly two decades. Rowling gives thanks to her first publisher, editor, publicist, personal assistant, family and more:

Within hours you will know what happens to Harry, Ron, Hermione and the rest in their final adventure. All the secrets I have been carrying around for so long will be yours, too, and those who guessed correctly will be vindicated, and those who guessed wrongly will not, I hope, be too disappointed! As for me, I feel a heady mixture of excitement, nerves and relief. 'Deathly Hallows' remains my favourite of the series, even after several re-reads; I cannot wait to share it with the readers who have stuck with me through six previous books.

There is only one thing left to do: acknowledgements! Here are the people who have joined me at various stages of the seventeen year journey I have taken with Harry, who (if you laid their brains end to end) could tell a story much stranger than fiction, of how weird and wonderful the world of Harry Potter became as it expanded way beyond all of our wildest dreams.

To read the rest go to JKRowling.com

and click on the Eraser to get to the Room of Requirement. JK's final gift: No tricks or hoops to jump through! Just click on the doorknob, and then click on the letter on the desk.