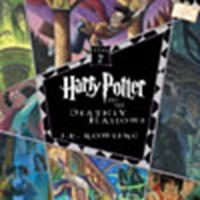 of the publication date of Harry Potter and the Deathly Hallows and the book has rushed to the number 1 spot on the U.S.

Amazon.com today announced that in just the first seven hours of pre-order availability for Harry Potter and the Deathly Hallows the online retailer has sold over 200 percent more books than it did the entire first day of Harry Potter and the Half-Blood Prince the sixth book in the series. In fact, sales on Amazon.com in the first seven hours today have eclipsed total sales for the entire first two days of the sixth book.

web sites, where it currently sits, days after we found out the title of the book.