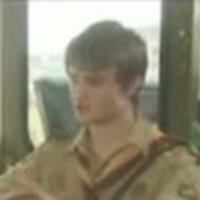 Last September we let you know

that the episode featuring Dan Radcliffe and Warwick Davis on Extras was shown in the UK, now fans that have HBO, a cable station in the U.S., will have a chance to view the episode on January 28th at 10 p.m.

to view a clip of previews featuring Dan.