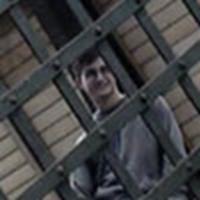 To add to our previous post about filming of Harry Potter and the Order of the Phoenix that took place last Sunday at King's Cross, four videos of a scene being filmed have appeared online.

Three of the videos show the cast rehearsing a scene on the footbridge that connects Platform 8 to Platform 1. The last video shows Dan in between takes.

UPDATE: At the behest of Warner Bros., links to the videos have been removed.