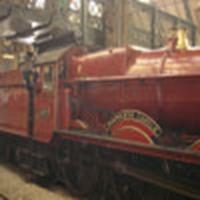 Film production of Harry Potter and the Order of the Phoenix took place at King's Cross today and some pictures of Daniel and the Hogwarts Express have appeared online.

You can view some pictures here

and Veritaserum has posted a detailed report

of the day's filming.