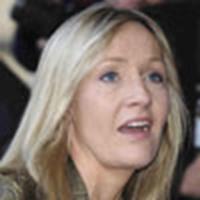 You can view some pictures of JKR, Rickman and others who attended here

will premiere on Friday, August 25th at the festival.