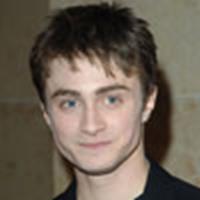 In a recently conducted interview on the set of Harry Potter and the Order of the Phoenix at Leavesden Studios, Daniel Radcliffe discusses the ending of the series and the sixth movie, Half-Blood Prince. He also talks about his next role on London's West End in Equus and his accent in his recently completed movie December Boys.

Dan on the end of the series and if he's spoken with JKR about it:

I've had talks with her but, not about that. I don't know anything that's going to happen in the seventh film. I hope it will be very, very good I'll go with whatever.

I think it will be quite exciting really. It may be the only way (the arch villain) Voldemort could be killed is if Harry dies as well because there is that very strong connection between them.

Dan on if he will participate in the Half-Blood Prince movie:

I don't know. But the sixth book is fantastic and if the script is good and does it justice, then it would be foolish to turn it down.

Dan speaking about his West End debut in Equus next year and appearing naked on stage:

All the other actors who have ever played the part have done that, so for me not to do it wouldn't really be playing the part. It would be a watered down version. It wouldn't be the same.

I'll be incredibly nervous, but I think 'It's in the script; it's got to be done.' I'm terrified, but excited.

Dan mentions at the end of the interview that everyone will have to wait to hear his Australian accent in December Boys when the movie is released and that he enjoyed working in a different country with a new crew.

You can read a scan of the article

from the Herald Sun courtesy of DR.co.uk