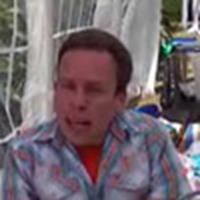 Warwick Davis on his character & the 'Potter' movies

Last week we let you know

that Warwick Davis from the Harry Potter movies participated in an auction in which all the proceeds went to Holm Village Pre-School in Peterborough, UK. During the event he gave an interview in which he talks about how he got the role of Flitwick, his experience working with child actors, a little about Order of the Phoenix and his future in the Potter movies.

Here is a partial quote from the transcript:

SS.com: What's it like working with so many younger actors?

Warwick: Well all the younger actors that we work with on the film are actually a little bit more professional than a lot of the adult actors I have worked with in the past. Daniel, Emma and Rupert are the most professional - their concentration, they learn their lines, they're the nicest people you would ever want to meet. Certainly all of this fame and fortune has not gone to their heads. They're just the same people they were [before the films] and very nice [(inaudible) performers?] as well. [They're] really great!

to view the video and to read the transcript. Thanks to Emma from SnitchSeeker