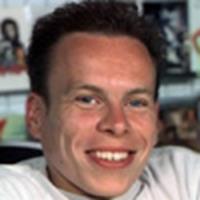 filming, now in his weekly podcast Ricky Gervais has mentioned that season two will be broadcast this coming September. Since this is a UK (BBC Two

) broadcast has still not been announced.

Ricky also mentions that a teaser trailer from the show will be broadcast on BBC Two on September 14th at 10 pm (GMT). Dan and Warwick will both appear in the third episode.