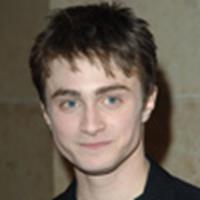 Last November we let you know

on his web site that he has just finished filming his scenes for the show with Daniel.

I have just finished a fun three days of filming on the set of Ricky Gervais' comedy Extras.

In episode three, I play myself, albeit an overly exaggerated version. The episode also features 'Harry Potter' actor, Daniel Radcliffe. Both Daniel and I show a very different side of our true characters!

We will update with air dates for the show in the UK and the U.S. as soon as they are announced.