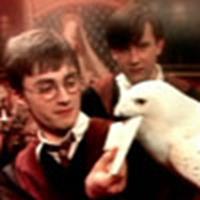 Earlier in the month, we reported

A commercial recently aired on the BBC in the UK showing a brief clip of their skit, which shows Harry, Ron, Hermione and Neville in the Gryffindor common room.

from the Radio Times.

UPDATE: Screencaps and video of the commercial can be seen here