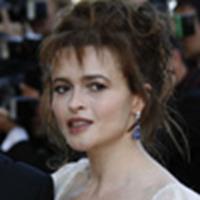 Young Marauders, others cast for 'Phoenix'

James Walters is to be Young Sirius Black, James Utechen will play a Young Remus Lupin and Alec Hopkins will portray Young Severus Snape in Harry Potter and the Order of the Phoenix, it was reported

The trio of "Young Marauders" will provide a glimpse into Harry's parent's generation in the film, in which they portray several of the main adult characters while they were still at Hogwarts themselves.

will replace Helen McCrory as deatheater Bellatrix Lestrange, as McCrory now expects to be "heavily pregnant" during what would have been her filming. (Carter was last seen as Charlie's mom in Charlie and the Chocolate Factory. She also voiced a character in Wallace and Gromit: The Curse of the Were-Rabbit opposite Ralph Fiennes.)

Pictures of the new trio will be posted as soon as we get them! (They are all relative unknowns, but HPANA has confirmed that Alec Hopkins is the teen in this photo, from a Newbury Theatre production