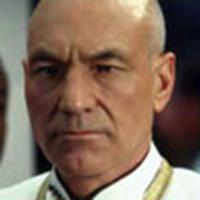 X-Men 3 star wishes he were in 'Potter'

recently that he hasn't been asked to be in the Harry Potter films.

"Every single actor over 60 in England is in the Harry Potter movies," he replied when asked if he wanted to continue doing fantasy films. "I am still smarting from the fact that Ian McKellen starred in Lord of the Rings and apparently there was no part in it for me."

Prior to the X-Men films, Stewart was best known for his role as Jean-Luc Picard in the television series Star Trek: The Next Generation.

X-Men: The Last Stand opens in theatres this weekend.

Thanks to Angie for the tip!