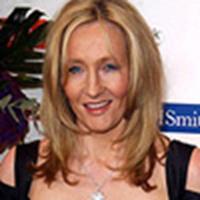 Over 150 authors in the UK, including Harry Potter author JK Rowling, have pledged

to help galvanize support for public libraries and combat their growing image problem. The Love Libraries

campaign will have authors appear in libraries or speak out about the contribution libraries make to public life.

According to the Love Libraries press release

C.S. Lewis's World-Between-the-Worlds - that magical, mystical place, hushed and unhurried, where visitors could enter a thousand different worlds by jumping into different pools - always seemed to me to me to be the perfect metaphor for a library. Trips to the library with my mother are, in my memory, even more thrilling than trips to the sweet shop, and when i got my eldest daughter a library card I felt as though I had bought her citizenship of that same fabulous world.