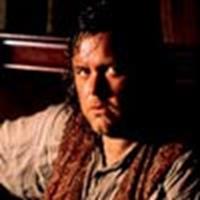 Tony Maudsley as Grawp in 'Order of the Phoenix'

has been cast for the Harry Potter and the Order of the Phoenix film, according to The Leaky Cauldron. Representatives for the actor have confirmed

that he will be portraying the character Grawp, Hagrid's half-brother, the site reported today.

Mr. Maudsley has had several roles in television and film, most notably in Vanity Fair (with Reese Witherspoon) and Sleepy Hollow (with Johnny Depp).

[Editor's Note: Previous reports have led us to believe that the giant would be completely computer-generated -- producer David Heyman first said so during the Goblet of Fire world premiere

and he supported this claim during at the Empire Awards. Thus, it's likely Mr. Maudsley may be the voice (or movement) actor for the character.]