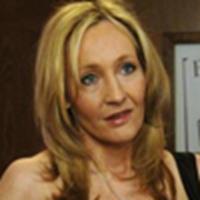 Rowling set to be a role model

up with some 80 prominent women, including Harry Potter author JK Rowling, to combat the celebrity culture's influence among teenage girls. On May 1st, Rowling and others will write about their experiences on the Girl Guides' web site

by Bliss magazine in the UK, Teen Emotional Health Survey 2005, found that Jordan, a glamour model, was more of a role model for girls aged 15 to 19 than Rowling.

According to the survey:

But perhaps the most damning indictment of society's attitude to teenage girls is the stiflingly narrow culture they are expected to inhabit. Teenage girls are idealistic, curious, energetic and talented. Yet they are fed a diet of pap. Television offers them little more than brain-numbingly superficiality in the form of bitchy soap operas, pop programmes and makeover shows. Magazines such as Bliss encourage them to inhabit a world where how you look, what you wear and the behaviour of your favourite celebrity is all that matters.

Rowling's participation reflects her feelings of her most recent posting

on her web site in which she questions why the pressure on young girls to be "empty-headed, self-obsessed, emaciated clones" is so overwhelming.