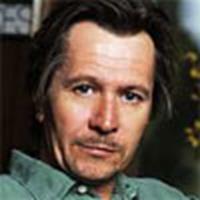 After weeks of uncertainty and conflicting press reports, Gary Oldman is set to reprise his role as Sirius Black in Harry Potter and the Order of the Phoenix, his management company confirmed today.

posted the news earlier, and in a short interview Oldman's long-time manager Doug Urbanski confirmed it to HPANA, and elaborated on the prolonged ordeal.

"I'm so relieved and happy," said Urbanski. "I can't put my mind in the place of the producers, but I would've thought that when they read the book, a call to us would've been very high on their list. Obviously, the character of Sirius Black is key."

Urbanski said he was baffled by the months-long silence from Warner Bros. There were other jobs on offer to Oldman, and he was very close to taking one.

"Since they had no option for Gary on this film, he was a free agent. Last week, we told them that Gary had another movie, and it was just a question of doing a deal," he said.

Of the negotiations this morning with producer David Heyman, Urbanski said: "It was the most mature, simple and friendly negotiation that I've ever done."

"It's a wonderful role. Gary read the script last night, and he read part of it to me on the phone this morning. The end of the story is: Gary's in it. It's a terrific script, and he's so happy to be back."