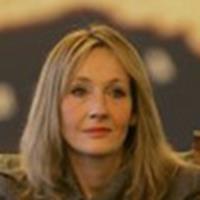 JK Rowling, Harry Potter author, has been nominated in the Book magazine Greatest Living British Writer poll. Ms. Rowling will be up against such notable writers as Terry Pratchett (Discworld series), Ian Rankin (Rebus series) and AS Byatt (Possession).

In an accompanying article

The notion of literary greatness is probably best called to account, however, by none other than the woman who has already destroyed all the boundaries within which we like to corral our writers and artists. Joanne Rowling. Harry Potter’s creator has, without question, done more for literacy, for books and, indeed, for the perception of this country around the world than any writer, ever. Full stop! If The Beatles had a literary equivalent, JK Rowling is it. But, do sales of 300 million copies of her books make her great? Does it really matter?

You must register to vote

, and also give a reason for your choice of authors. Voting ends on April 30th.