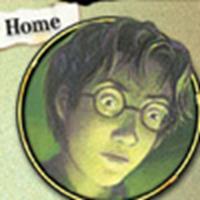 To help with the countdown for the paperback release of Harry Potter and the Half-Blood Prince on July 25, Scholastic has announced

a six-week online sweepstakes to win a Harry Potter iPod package which includes a 30GB iPod etched with the crest of Hogwarts School of Witchcraft and Wizardry and more. The sweepstakes will be opened on Wednesday, March 1st, 2006.

What you can win:

Beginning March 1st and continuing with a new installment every Wednesday for six weeks, the sweepstakes

offers fans a chance to win the grand-prize of a Harry Potter iPod(R) package which includes a 30GB iPod(R) etched with the crest of Hogwarts School of Witchcraft and Wizardry and all six downloadable audiobooks from the iTunes(R) Music Store, plus a copy of the Deluxe U.S. edition of Harry Potter and the Half-Blood Prince with a bookplate signed by author J.K. Rowling.

Every Wednesday, fans can take part in the weekly online poll, one for each of the books published to date. Each week the poll will contain a different printable Harry Potter book cover to be pasted onto a downloadable entry form. After all six Harry Potter covers have been collected, the entry form can be mailed in for a chance to win fabulous prizes. Just for entering, every participant will receive a Harry Potter bookmark. All complete entries must be received by April 24th, 2006 and winners will be announced at on May 1st, 2006.

Additionally, the Scholastic site will offer:

Fun features over the next few months, to countdown to the release of the paperback book. The site will feature monthly installments on each of the six Harry Potter books, plus an exclusive Harry Potter desktop wallpaper and a new printable Harry Potter poster.