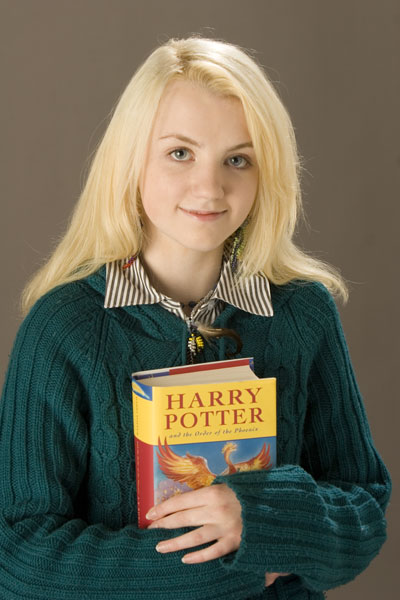 Warner Bros. has sent us the first official studio photo of 14-year-old actress Evanna Lynch, who will be portraying Luna Lovegood in "Harry Potter and the Order of the Phoenix." Lynch, who hails from Ireland, beat out 15,000 other girls vying for the part. The photo shows her holding a copy of JK Rowling's fifth book.

< Back to First official photo of Luna Lovegood actress on HPANA