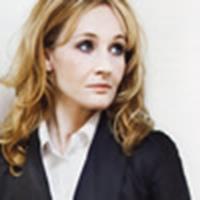 UPDATE: Rowling talks to the 'Tatler'

In next month's issue of British Tatler

her inability to deal with being in the spotlight due the success of the books, the pressure of fame and the premature death of her mother. She also mentions that she has written a children's book that even her publisher does not know about ('till now), and that she will be hosting a fundraising masked ball at Stirling Castle on March 17th.

Rowling on her mother:

I know I was writing Harry Potter at the moment my mother died. I had never told her about [him]. Barely a day goes by when I do not think of her. There would be so much to tell her, impossibly much.

You can read an excerpt of the interview here

If anyone can forward us a scan of the article, please do, thanks.

UPDATE: Scans of this article are now available online, courtesy of TLC

. It not only features the in-depth interview but some new photographs the author as well: