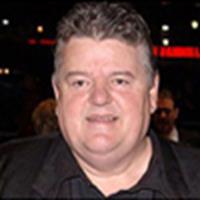 This past weekend, Robbie Coltrane, Hagrid in the Harry Potter movies received

an OBE (Officer of the Order of the British Empire) from the Queen of England. Fellow actor Imelda Staunton rumored

to portray Prof. Umbridge in Harry Potter and the Order of the Phoenix joined Mr. Coltrane on the list.

Thanks to everyone who emailed us.