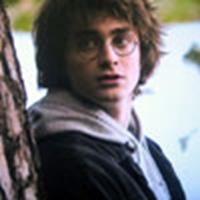 Harry Potter was #1 on their list of most-mentioned "people" and, along with Donnie Darko at #17, was the only other winner in the top 20 who wasn't a real person. Rounding out the top five were President Bush, Pope John Paul II, Britney Spears and Michael Jackson.

The act of blogging exploded

this year as services made it easier for anyone to write just about anything and post it online with a click. Technorati estimated in August that new blogs were being created at a rate of 80,000 per day (or one per second).