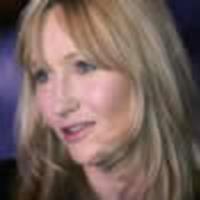 As mentioned previously, BBC Radio 4's Living with Harry Potter aired today, featuring a discussion between U.K. audio book narrator Stephen Fry and author J.K. Rowling. For those unable to hear the segment, an encore presentation will be aired on Christmas Eve, or you can download an audio file or view a transcript both of which are now available online.

Thanks to TLC and Jas of DRO.