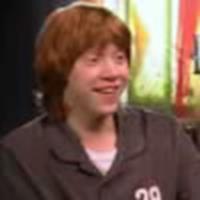 GMTV and PlanetaTV has some "exclusive" video clips of interviews with Daniel Radcliffe (Harry Potter), Rupert Grint (Ron Weasley), and Emma Watson (Hermione Granger) where they talk about various topics about filming the Goblet of Fire, accompanied with footage from the film and behind-the-scenes.

GMTV sits down with each of the actors at a press interview, which you can find at the following

PlanetaTV features the three and director Mike Newell talking on the set of the fourth movie, similar to what was previously on HBO, which can find at the following links:

On set with Emma & Rupert

On set with Daniel

On set with Mike Newell

Thanks to Jas for the tip.