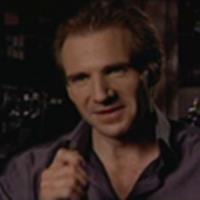 told you that HBO's First Look

would be featuring The Making of Harry Potter and the Goblet of Fire before the film's release in theatres. The clips showed interviews with Dan Radcliffe, Emma Watson, Rupert Grint, Ralph Fiennes, Mike Newell, the champions, Katie, David Heyman and Michael Gambon. We also get to see some spoiler scenes from the movie we have not seen before.