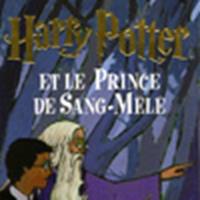 Bookstores in France will remain open into the early hours of Saturday for fans. Over 100,000 copies of the English version of the book have been sold since July.