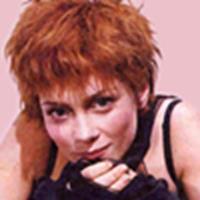 Anna Friel hopes to be cast as Tonks

recently stepped up to express her interest in portraying Nymphadora Tonks in the upcoming Harry Potter movies, Order of the Phoenix and Half-Blood Prince (and likely, movie 7). According to an article in Film Focus, the part would be 'ideal.'

After talks emerged from Potter boards that she would best portray our favorite metamorphmagus -- quite possibly due to her personal connection to Remus Lupin actor David Thewlis -- Anna responded:

Update: Thanks to Lauren for the Tonks-like Anna image.