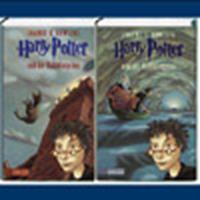 , are asking for the public to vote on the cover of the book, which is being released on October 1st. The German title of Half-Blood Prince will be Harry Potter und der Halbblutprinz.

to vote for the cover of your choice. Voting ends on August 13th.

Thanks to the many people who sent this in.