Pictures from: 'Goblet of Fire' book signed by 27 cast members 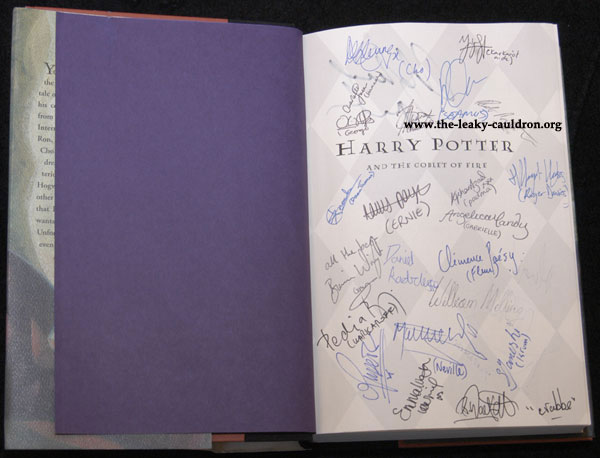 A copy of "Harry Potter and the Goblet of Fire" donated by actor Jamie Waylett and signed by 27 cast members from the upcoming film adaptation is to be raffled in August by the New York Kiwanis International. Tickets will go on sale April 1 and the raffle will occur August 19. Other prizes include a "Slytherin Crew" picture signed by Jamie Waylett (Vincent Crabbe) and a DVD set of the three "Harry Potter" films to date.