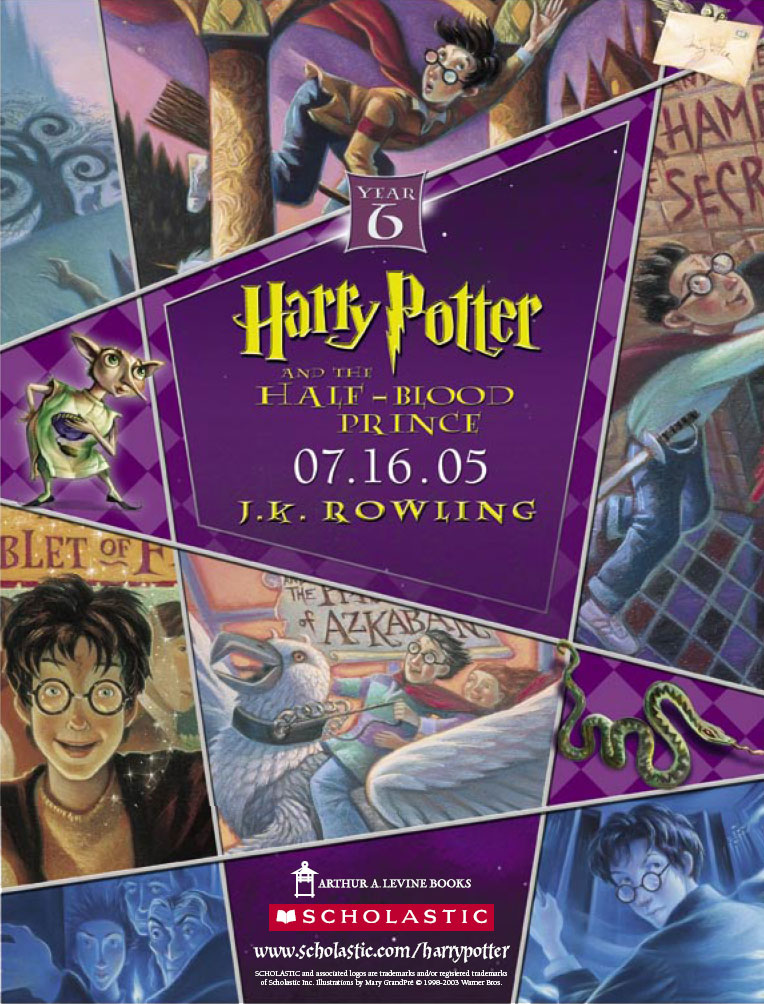 A new poster from Scholastic has been released featuring a patchwork of previous "Harry Potter" covers to promote the upcoming July 16 release of the sixth book from JK Rowling, "Harry Potter and the Half-Blood Prince." Once again, the color purple is prominently used.

< Back to Scholastic poster advertises 'Half-Blood Prince' on HPANA